With every browsing session and every online purchase, you are leaving footprints and creating ample amounts of data. Indeed, your personal information is now mostly available in the public domain. Many businesses rely on collecting, organizing, and profitably using this data.

In particular, personal data is information that relates to an identifiable living individual. It can include names, email IDs, ID card numbers, logging information, information on financial transactions, physical and IP addresses, and the like.

Does it carry any value? Well, according to the Smithers Pira report, the market for personal ID credential stands at $8.7 billion. And it is forecasted to hit $9.7 billion by 2021.

Facebook, Amazon, Twitter, LinkedIn, and many other companies have access to a large scale of our personal data that they sell to advertisers. Even though they claim to have stringent data privacy practices, these companies are responsible for recurring personal data breaches.

A Cybersecurity Ventures Report predicts that cybercrime damages will cost the world $6 trillion annually by 2021. Indeed, there’s a running joke that Facebook knows you better than you know yourself.

Can blockchain help us to wade through these data breaches that have become commonplace? Is it possible for the user to get back control of their data?

Cryptocurrencies like Bitcoin show some promise. You can use them to solve the issues of trust and transparency. For over a decade, they have worked in hostile environments to hold details of coins of over a million users.

In the article, you will get to explore the distributed ledger technology of Blockchain. First, let’s look at how privacy concerns forced the EU to enforce new privacy rules that all businesses had to oblige.

The European Union’s General Data Protection Regulation (GDPR) went into effect on May 25, 2018. It applies to companies that provide goods or services to businesses or customers in the EU. And it reflects a paradigm shift in the relationship users have with their personal data.

The regulation calls for providing substantial rights to the users in their interaction with data controllers and data processors (majorly tech companies). Here’s an overview of the critical changes that compliance with the regulation is expected to bring.

As you can see, GDPR calls for:

Such regulations are an economic deterrent for companies that indulge in violating user data privacy. Stricter implementation will make the breaches a lot more costly.

However, with the world moving towards a decentralized power structure are regulations the way forward? We’ll come back to the question after looking at how the underlying blockchain technology works.

The main problem with the public internet framework is the incompatibility between the architecture of the internet and the data privacy requirements. Each time a data set passes through a third-party entity, a copy is withheld in a centralized database, and it becomes prone to hacks.

The internet generates 2.5 quintillion bytes of data each day. Further, 90% of the data in the world was created in the last two years alone. At such a huge scale, a new approach that could solve user privacy concerns is distributed ledger technology (DLT).

Specifically, blockchains are decentralized DLT, and their information is stored not in a single, centralized database. Instead, it’s stored in a potentially infinite number of databases called blocks. They store immutable records distributed among different users that have their private encrypted keys.

Here’s a look at how blockchain works to facilitate an online transaction.

Next, let’s explore how blockchain can come in handy to help us secure our personal data.

Right now, you submit our data to different platforms that you interact with online. DLT could chip in to store it in decentralized ledger/blocks. Thereby, the data becomes free from a single point of access and failure.

A major challenge with blockchain that remains is that your data is shared “everywhere.” How does it even address our issue of “privacy” of our crucial information? Further, computing on blockchain becomes slow at a large scale.

To solve the above two major issues:

Enter researchers from MIT with their enigma project. Their protocol achieves “sharing of secrets without revealing any information to outsiders or the individuals involved.”

Assuming that we successfully solve the challenges with blockchain, the existing ecosystem between the users and companies might transform. Let me explain:

Currently, Facebook, Google, and Amazon harvest tons of user data, while providing minimum value to the user. In an ideal scenario, the user should be able to choose if they want to sell their data. Also, they reserve the rights and restrictions on how it’s leveraged.

If we connect the blocks to the existing payment systems and platforms, a user can cherish more control over the information they want to share. Combine DLT with security features like biometric authentication on smartphones to have an additional layer of security and bid goodbye to passwords.

If blockchain overtakes the current opaque system, the blockchain-based decentralized marketplace, Bitclave, gives a glimpse of how things will change.

If the prospects are so exciting, then why hasn’t blockchain been implemented?

A study by the Stanford Graduate School of Business shows that DLT technology broadly has the following four benefits:

However, here are the major challenges in its implementation.

The existing centralized entities (including governments, big banks, and financial institutions) are reluctant to give up control. They are risk-averse and “slow” to accept something as innovative as DLT. It could potentially destroy their economic influence.

For blockchain technology to work alongside these stakeholders, the global development community needs to understand how it works. And open-mindedly consider how its use cases and how it adds value to their work.

Google and Facebook have considerably altered consumer behavior. Currently, users are happy to give up their data in exchange for free services. They are not even aware of the value they are creating for companies and how their digital lives are at stake.

However, despite the challenges, there’s been some progress:

Estonia has gradually moved its citizen data onto a distributed ledger system. Even Singapore is considering moving towards a Blockchain system to allow citizens to interact seamlessly with government services.

The state of Illinois has also launched a pilot of its blockchain-based registry/ID system.

Blockchain looks promising to solve consumer issues of privacy and give them some control. If it’s accepted and adopted by larger entities, then we could see the cash shift back from corporates and get distributed among the users. 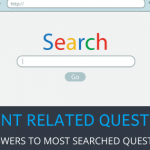 How to control patent costs without compromising on your patent? 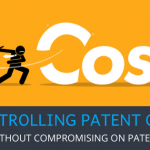 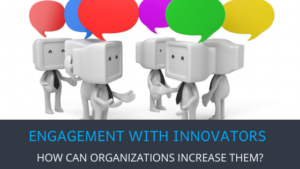 How Can You Increase Engagement with Innovators in the Enterprise? 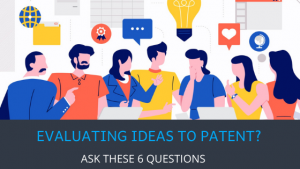 Idea Evaluation: 6 Questions to ask while Selecting Ideas for Patents 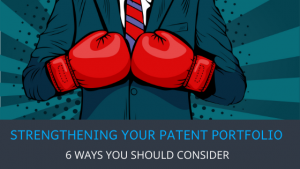 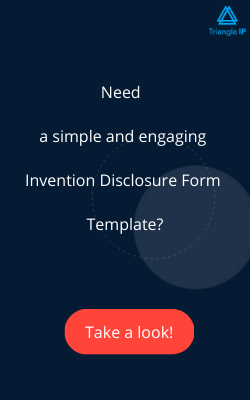